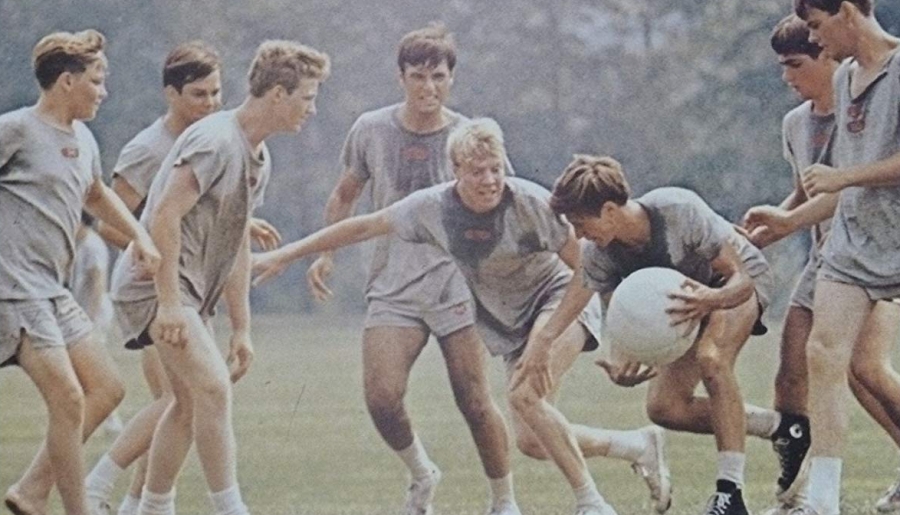 We just finished A Separate Peace by John Knowles in my freshman English class, right in time for break! This is the first year I’ve taught freshman at my current school—as happens occasionally, teachers shuffle things around, which means every once in a while you get a new set of curriculum (to be specific, I “traded” tenth grade English for ninth). And I’ve read all of the other freshman texts, like Lord of the Flies, Something Wicked This Way Comes, or the Shakespeare selection, Romeo & Juliet. But A Separate Peace was new to me. And it’s great!

The story is about two boys at a prep school during WWII. “Devon Academy” is a thinly veiled take on the real Phillips Exeter, in New Hampshire, and the novel is mostly interior monologue. And to be frank, the students didn’t love that aspect of the text. But they didn’t hate it either; most just found it different. Which is great, actually. I feel as an English teacher two of my more important goals are to get students writing well and to introduce them to new types of literature. A Separate Peace accomplishes goal number two there, it also lends itself to goal number one, and this is why I’ll certainly be teaching it next year. And that’s about as much as I want to say about the story.

So something brief about A Separate Peace: it has a very strange narrative structure. Or we could call it an “atypical” structure, or a “weird” structure, if you’re like most of my students. And given the occasional gripes about this text—and high school students are going to gripe occasionally, which is no big deal—the structure wasn’t one of them. In fact, I’d say that while many students didn’t like the characters or the philosophical nature of the writing, most found the structure fascinating. The novel has thirteen chapters, and the climax seems to happen in Chapter 4. A Separate Peace is famous for this, and analyzing whether or not this is a true climax lends itself well to numerous classroom activities.

When asking upperclassmen what they remember most about Knowles’ most famous work, the climax debate us what sticks out. Now, something interesting happens in the novel’s second-to-last chapter, which could be a climax as well, and in-class arguments and papers frequently brought up terms like “emotional climax” and “action climax,” or however else the students wanted to describe the events. But in any case, I feel like at the end of the year, when I ask students what novel like liked or dislikes the most, A Separate Peace is going to get pilloried. The characters are all pretty unlikable, after all, and there’s no hugely gripping scene.

But with THAT all said, few novel have ever led to such great written analysis or debate, so mission accomplished.

2 thoughts on “Where’s the Climax in A Separate Peace? (Freshman Want to Know!)”