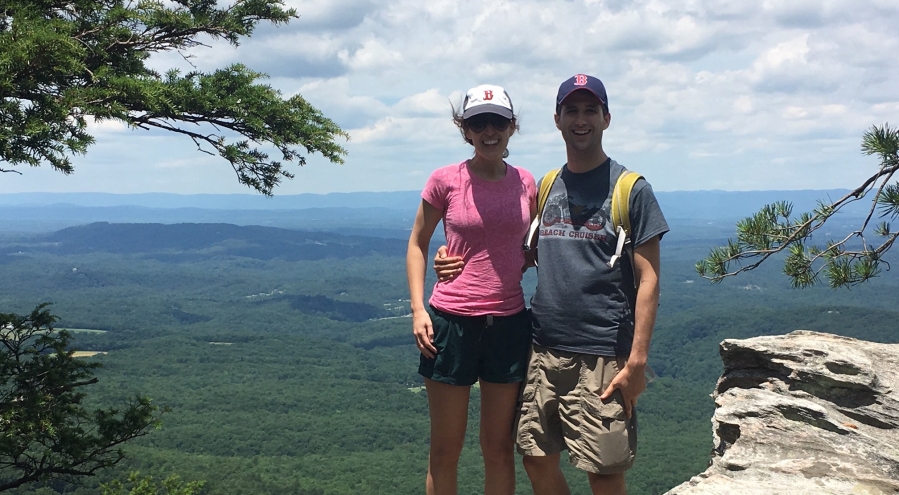 April 2017: Leah and I moved to North Carolina, a completely new state for both of us. She’s from the Boston area, or actually Duxbury, MA, to be specific. To those of us not from Massachusetts, Duxbury and Boston might seem like similar places (they’re 45 minutes apart). But trust me, they’re pretty different. Or as my students ask, getting quickly to the point, “Does she have an accent?” Leah went to college in Texas, and the answer to that question is “No, she does not have an accent.” Not, that in the words of Seinfeld, “There’s anything wrong with that.”

If you don’t know me, I’m Jeff and I’m from Oregon. I went to college in CA, and then I lived in Korea for a bit (the question I’m always asked: “South or North?”). Unlike Leah, people tell me that I do have an accent. Truthfully, I don’t think I speak differently at all, but I recognize that since it comes up so much I just might talk funny. This could be the result of having a mom from Alaska. Or maybe after more than a few years of speech lessons concerning how to say R’s correctly in elementary school, I only got them down about 90%.

To return to April, Leah got a job as a registered dietitian in Greensboro, NC. She had an offer of either Greensboro or Pittsburgh—we chose Greensboro, because crazy humidity generally trumps the frigid cold. Greensboro isn’t a city I’d ever heard of before, but it’s about 300,000 large, and part of the greater Piedmont Triad region. It’s a neat place, home of:

After choosing Greensboro we moved into a renovated textile mill. Then I got a job as a high school English teacher, and not being from the East or the South, it’s been fun to explore new things and to check nearby states off my list. This is a blog about what Leah and I do, with a focus on cooking, writing, and everything else. We’ll try to update it at least a few times a week, and we’d love for you to check in, enjoy the pictures and videos, and leave comments. Life is an adventure and we hope that you take part in our adventure with us. Have a great 2018!

13 thoughts on “Welcome to North Carolina!”